Mystery of the woman in the Slavonic soil. A review of the album "Ona kojoj tama se klanja" (She, who the darkness bows down to) by Talog. 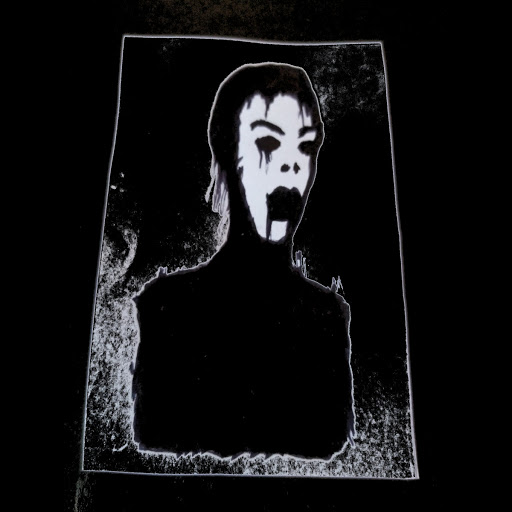 The thing I like about quality dungeon synth, one of the most hermetic genres, is certainly the atmopshere, as well as elements of other ambient influences, because it's coated by the cloak of noble mystery in most cases. This shadowy area of music, which is quite young as a genre (about 30 years old), luckily didn't bypass our region. One of our significant native representatives is the project Talog from Požega (Croatia), and he describes his music as "gloomy Slavonic surroundings", and he puts effort into accurately showcasing that on his albums, which are recognized in the bounds of Europe, if not even beyond. His version of DS is first and foremost of thematic nature and carries the epithet "vampiric", as a pledge to the mentioned entity of evil present amongst humans, it turns out, for centuries longer than anyone would've thought. His works are somewhat withdrawn, in the sense of presenting a profusion of colors and melodies, but instead they carve fragments with quiet agression into the listener's brain, which are hard to get out later. Because of that calm and concealed nature of his, I suppose most people won't notice the layers, as well as the mentioned fragments that remain like the metal taste of blood in your mouth. At least I gained that kind of an impression while listening to his earlier albums late into the night, which I recommend only to those who are brave enough and endure the dead silence of the night well, along with the forces that a regular man isn't ready to take on. In case your conscious is clear or you simply trust supernatural forces (you control them?), Talog is ideal for night walks. This time around I will present his new album "Ona kojoj tama se klanja", which brought a twist in the sense that a piece of history from the author's birthplace was taken and given an adequate musical background, in the best possible way. Namely, archeologists discovered old mass graves during the XX century, and among other things found a place, which they labeled with the number "32" (which is about the length of the album), along with an unusual sight which is still covered by a veil of secrets. To lovers of archeology, antiquity, and especially myths and legends, as well as those with a wild imagination, I recommend you read the entire article (You can read the whole article in English in album's description): https://blagamisterije.com/misterij-vampira-iz-groba-32-pedesetih-godina-u-slavoniji-je-pronaden-kostur-star-tisucu-godina-proboden-kolcem-odrubljene-glave/18205/. If you're still looking for unanswerable answers and were intrigued by the story from the article, I suggest you listen to the album comparatively. In a very weird way, Talog gave this whole story a tone, a harmony with which it can flicker into infinity. I dare say that this entire concept rests on drone elements as well, but those moments fit in well and they extend almost unrecognizably. The timbre of the synth is very archaic, it has some kind of an echo of antiquity, and I don't know exactly why, but it reminds me of the background music from Disney's classic "Sleeping beauty" (one of my favorite adaptations), if anyone ever noticed that. A fairytale environment, along with a pretty unclear explanation of who's behind this legend and the dedication to the extraordinary woman definitely add to the quality of the album, and the proof is the title itself and a few tracks. I can't hide my excitement with what "Ona kojoj tama se klanja" offers, and in my opinion, this is one of the most mature Talog's works. Besides the aforementioned qualities, I'd like to mention the all-encompassing feeling of dread you have while listening to this album, as well as the paralysis before the solemn, and at the same time pretty unworthy death of the woman who might have known what we never will. That factor of secrecy is hard to achieve and to convey through music, especially when we take into account that the vampirism as a theme was explored in many ways in just two centuries of existence. However, it isn't out of reach, because you'll notice here a spark of a new take on the theme in every song, and you won't lose the thought that this is all about something beautiful, but (un)expectedly on the dark side of life and (maybe seemingly) death. I'd exclude morbidity as a category, even though someone might think of it.

Why would the Darkness bow down to anyone anyway, unless they're worth it?

I honestly expect this album to become a classic of the genre within a few decades, because it captivates with its modest charm, unusual approach and music that is unobtrusive and minimalistic at its core, but piercing enough, as if you're reading lines that make your blood run cold.