From a distant Siberia comes a unique and unrepeatable band Nytt Land. For a long time I follow their work and I am fully committed to their music. With Anatoly Urson Pakhalenko talked a little bit and Webzine decided that the more promote their music in Serbia. 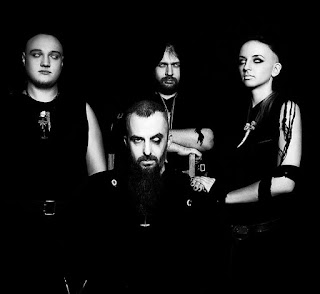 Official facebook page
1. Why the name Nytt Land? When and how was came that idea?

Anatoly:  Hi! This is the most popular question in all interviews with us. So I will repeat myself.
The name turned out itself, there were no special difficulties. This is a Nordic word combination meaning "new land", "new shore".
Previously, we with Natalia, my wife, played folk-rock, more popular music, light and rock-n-rolly.And then came the turning point, when we did not see the further development path in the old style, and we began to experiment with music and sound - so “NYTT LAND” was born.

2. You define your music as Dark ritual shamanic folk music inspired by siberian nature, shamanic rhythms and the mixed in the Old Icelandic epic "Elder Edda". What is the impact of that?

Anatoly: Yes, we play music based on the Old Norse epic Elder Edda. This is the main concept and the basis of our project.But it is worth considering the fact that we live in Siberia. Of course, we are very much influenced by local traditional culture and nature. It is important. This can not be denied. We learned our music from nature and mix it with texts from the Old Icelandic epic. It's easy for us to work with this poetry for some reason.
Our music is very mystical, it is loaded with real natural magic from the very beginning, from texts and to music, which we perform on authentic instruments of the Viking Age.It is dark, mysterious, this is its ritual. These are the names and deeds of the Gods and Goddesses of the North. In live performances, we also create special images, unrealistic, otherworldly, to show this connection, mysticism, and it works!

Anatoly: For me and Natalia - this is a way of life. Our path. 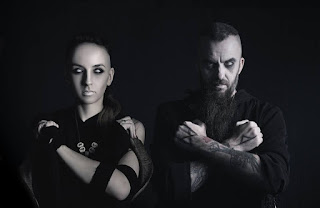 4. Last album "Fimbulvinter" was well received by the audience, which was to be expected. How are you and the band satisfied with him?


Anatoly: Well, in fact, we love all our songs, especially as I usually write half of the songs, and Natalya writes the other half. Therefore, everyone has their own preferences, but we usually work together on arrangement.We are always growing, I feel it well, and the „Fimbulvinter“ was the next stage, it's normal. This was the step without which there would be no next album. Of course it's experimental. Probably from all our albums it was the most daring album in terms of experiments.In it, for the first time, we showed our Siberian roots, this is a fact. And it was this that led us to a deeper immersion in Siberian shaman music.

Anatoly: This is the next step. This is a very large and profound work, which is very pleasing to us.Soon you will hear everything yourself. The album is released on March 26 on the British label „COLD SPRING“. It's a completely "live" album, with no samples. It was recorded for 3 months. We created an epic and drive canvas, and we did it, I myself listen to it regularly, I am very pleased with the result and this is the main thing. And at the same time it is charged with a very powerful energy. In it, we first used the Russian language, very little, but it is. Natasha also sang the overtone singing and our son Yuri also took part in the album. We are already looking forward to the official release.

6. You often collaborate with other artists (Wardruna). What are your experiences of these cooperations? Will You continue to explore music with other musicians and artists that you'll be sharing the listeners?

Anatoly: Yes, it was a good experience at a certain stage. Perhaps in the future there will be some cooperation with other musicians, I do not rule it out. 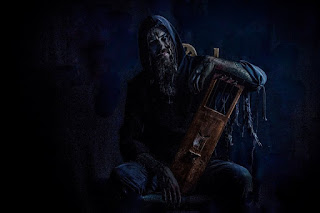 7.  What is the music for you ? In which way music defines  you?

Anatoly: I already said this above, and I repeat - music, this is my way of life, it happened. This is a part of me and I do not see any other way. I am constantly engaged in music, some kind of activity, connected with music and art. We have a huge collection of musical instruments at home, as well as any musical equipment. All our family affairs are planned taking into account our musical activity - and we like it. we have long been accustomed to this, this is a way of life.

Anatoly: The most unloved question. In fact, there are many plans. Those plans that we can tell - we report on our official pages in Facebook (https://www.facebook.com/nyttland/) and Vkontakte (https://vk.com/nyttland), so I suggest simply subscribing to this pages, as well as to our channel in Youtube (https://www.youtube.com/channel/UC8YO4IYDxXZYIgTlg9MJgiQ) and follow all the news!

9. A concert in Serbia, perhaps?

Anatoly: Realy I dream it! But unfortunately I'm have not yet found the organizer for our concerts in Serbia. 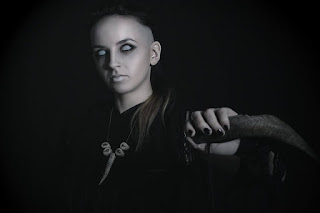 
Anatoly: Appreciate the history of your land, love your families and listen to good music. Hope to see you soon!