After written reviews of the new album, we talked with the band members Yhandros Huergo about music, new plans, future concerts.. 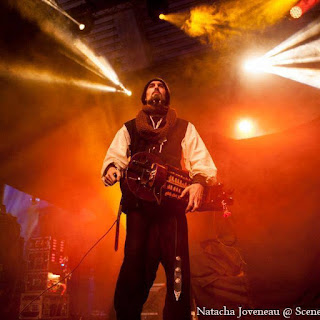 1. Why the name Cuélebre? When did this project?

Yhandros: Greetings, Cuélebre is the name of a mythological animal from the northwest of Spain, a very caracteristic creature of our mythology. The project started in early 2011, initially as something personal, I compose only the issues and recording some demos, eventually I was fortunate to find people who carry it live and to record "Oinos", the first disc the band.


2. Cuelebre musical direction is Medieval-Pagan-Folk. What has influenced you create such music?

Yhandros: On a spiritual level nature, the history of ancient peoples, their rites and traditions. A lot of bands: from CorvusCorax, HagalazRunedance or Wardruna among others, but we always try to have bring our own sound, that was a priority from the beginning. 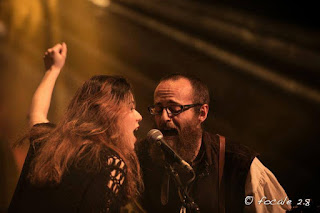 3. Cuelebre went so far have several demo-songs, which werewell received by the audience. How are you satisfied with your latest album, Oinos?

Yhandros: The truth is I never expected that the demos were so well received by the public, but it gave me a lot of strength to go ahead with the project, "Oinos", is the culmination of that work, and we are very pleased with the result and the reaction from the people, giving us the chance to give many concerts, meet wonderful people and visit great places. 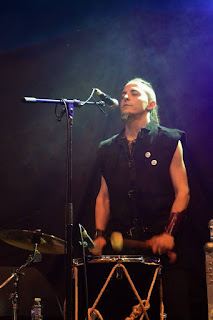 4. In your music often present ritual folk,Celtic influence,landscape of the Iberian Peninsula and the mythology of  time before the Romans. What do  these thingsrepresent for the band?

Yhandros: They represent everything in the band, we want to show people not just a musical style, also a knowledge of cultural, historical roots and a respect for nature that welcomes us at the same time that motivates us to know much more of all these issues, because learning never ends. 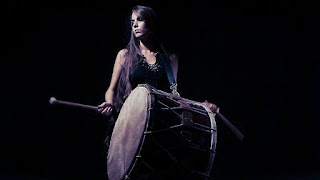 5. What are Cuélebre plans for the future?

Yhandros: We're recording our second album, which still has a recognizable sound but also who hear us will notice the changes and evolution. From September we start again to turn on various dates, visit the Festival-Mediaval in Germany, where we have the fortune to share the stage with bands we admire, and by end of the year we will be at a very special event we can not yet reveal. 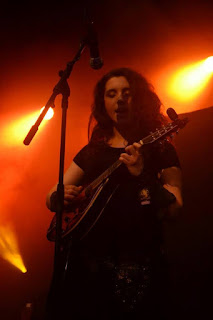 6. And in the end what to tell the readers in Serbia? Maybe a concert in Serbia?

Yhandros: First thank those who read this interview for your time, you for supporting the band and for the opportunity to express in your media. And hopefully someday we could act in Serbia, we love the road, discover new places, and of course, bring our music to all places, a big hello to everyone.