Martial NeoClassic always appealed to me. I like the winds of war connected with art. Such a project J Orphic from Italy, with whom we have collaborated and now we have a little talk with Marco about future plans and the music in general... 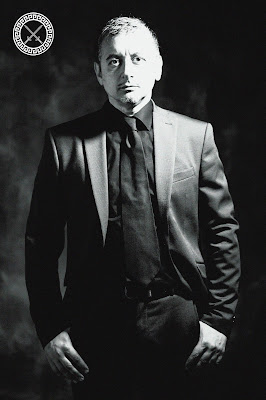 Facebook page
1. Why the name J Orphic? When did this project?
Marco: Hi Predrag, first of all thanks to ask me for this interview. It is a good occasion to be in touch with Serbian people.
The Project was born in 2005 as an experimental music project with ambient attitude; subsequently the Martial matrix of such attitude has taken over and the result we suppose is now clear. At the beginning I had no intention to release cd/albums but the project was just the result of my passion for this music. The first cd/split (Propaganda 900 with Joervall) was created just to be available for free download (it was released by the netlabel La caverne du dragon). After that we received the proposal of skullline to release the split with a physical cd. All was born in that moment.
Regarding the meaning of J Orphic we trust that people might find uninteresting my explanation. This is a private concept that we would like to stay with us and there is no reason to spread it.

2. Your musical direction is Martial/NeoClassic. What has influenced you create such music?
Marco: Neoclassic and Martial music are strictly connected, both inspires to ancient traditions and both communicate severity and the importance of our culture. Of course this is a personal point of view and in our vision Martial Music cannot be separated from the Neoclassic.
As said we prefer the neoclassical side, this also involve listeners more adults and more careful vs some particular themes. I love to hear some people that listen at the same time J Orphic and some music of Tchaikovsky etc. (of course i'm aware that there is an immense difference between JO and classical authors).   We are used to attend Classical Concerts where peoples are sitting and they just listen without talk, without dance, without make 'pogo'.
3. J Orphic went so far have several albums, which were well received by the audience. How are you satisfied with your latest album, Villa Ardita?
Marco: Yes, I'm satisfied with Villa Ardita,  we would like to thank some friends of us which have experience in the sound recordings, we have improved the quality of the sounds thanks to them. In this 4 years of pause we have collected different ideas especially regarding new instruments and new sounds; we have also learned how to mix different instruments sounds in order to obtain the atmospheres that we have in our mind. This is a research that is always in progress.
What we like to re-create in our sound is mighty and majestic atmosphere. 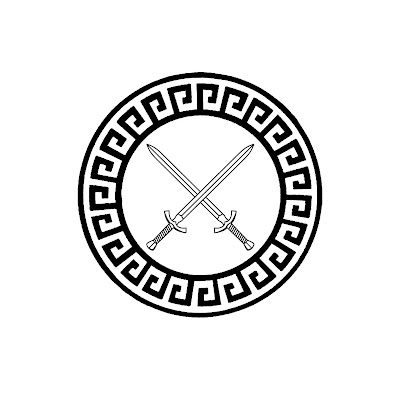 4. In your music often present martial fight, history which is very interesting. What do these things represent for you?
Marco: History and fight are the same thing. If you ask someone to tell about some particular age in the history the first thing they think are the world wars or the roman empire wars and so on. Nobody start to talk about history highlighting the invention of the electric light and some other things like this.
Scope of the history is to learn respect to what is happened in the past, if you don't know the history then it is useless to try to improve your life and the community itself.
We are very much fascinating from the spirit of the XX century with all its dictatorships. The esthetic of the last century will not return anymore but it is our intention to remember it.
Many people ask us which are our political tendencies.
Most of them make their conclusions by themselves without asking me.Of course we have political ideas but it is not our intention to persuade people to follow some specific political tendency.
We are not interested to instruct other people.
Our music imposes reflections not political messages!
5. What are your plans for the future?
Marco: In the next future we will release a split with my friends Solimano and Ken of the amazing projects TSDMIZ and EPOCH. We was planning this split since long time and UFA MUZAK was enthusiastic to release it.
The name of the split is UNSERE WELTASHAUUNG and I believe will be very interesting for people which listen particular sounds.
I'm also working for the new album of J Orphic that i suppose will be out during this year. But at the moment we are studying  some new sounds and i need time. The sound appears first in my mind and then i need time to identify  and insert it into a song.
This is a difficult process for me, most of the times the sound that i have in mind is not possible to reproduce and often I have to renounce or find a compromise.
Einstein said that our language is not able to express the concept of the universe (he found a compromise using the "Algebra" language). In the music field is the same, the sound that you have in your mind is not always possible to reproduce. Often because that sound has not been invented yet.
6. And in the end what to tell the readers in Serbia? Maybe a concert in Serbia?
Marco: I'm often in your area but to be honest i was never in Serbia. This is valid just for me, Lucija of course was several time in Serbia and some of her best friends are from Serbia. I believe in the future I will visit your country but at the moment we are not interested to play live.
You should build a monument to Gavrilo Princip. The history of the XX century starts with him!
Thanks for your interest on J Orphic.
Објавио Predrag G. у 09:53