History, dark ambient music colored by the admixtures of martial industry. It is all packed into a H.ø.s.t project from Poland. We talked to Sebastian these days, so we are sharing this interview with you.. 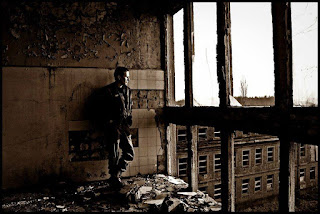 Sebastian: I chose Høst as my first ideas were inspired by the black metal scene.
The idea for the project came to me around 2012. The first pieces were heavily post-apocalyptic, surrounded by vibes of war and totalitarianism. They was inspired by some black metal bands. Later, I became more fascinated with the martial industrial scene.


2. You define your music as  Dark Military ambient, inspired by the war and history. What is the impact of that?

Sebastian: I wanted to translate my interest in history and war into musical taste, which is based on dark sounds.

Sebastian: In Norwegian it means autumn. As I said, the first idea was inspired by black metal and dark ambient.


4. Last album "Desecration of peace" was well received by the audience, which was to be expected. How are you satisfied with him?

Sebastian: I am very pleased with it. I promised to produce material together with Mr.Wolf a few years ago and we managed to implement this idea. With the THEUSZ project, we managed to create a joint song that was placed on the CD. Other projects also contributed to this material.


5. You often collaborate with other artists (Jowisz, etc). What are your experiences of these cooperations? Will You continue to explore music with other musicians and artists that you'll be sharing the listeners?

Sebastian: Once, I was able to play with the Grave of Love project as a live drummer. It was great cooperation. In 2019, the project performed as a support band before Rome in Poland, which is a great honor. I hope that the project will develop even more and will be successful. 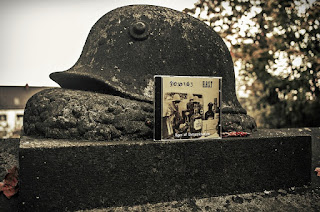 6. What is the music for you ? In which way music defines  you?

Sebastian: Music has expanded my knowledge of historical, philosophical and cultural topics, and has shaped my worldview for the course of the modern world, as well as political and religious doctrines. This attitude can easily be called a countercultural, internal opposition to human behavior and contemporary reality.


7. I also saw that you were engaged in photography. Can you tell readers more about this?

Sebastian: I deal with urban exploration and photography of abandoned places and industrial plants. You can safely call it urban archeology, because in the process we manage to find interesting documents and things related to how a given place used to function, and photograph them. If anyone is interested, I invite you to my page and to the page managed by my friend with whom I cooperate. 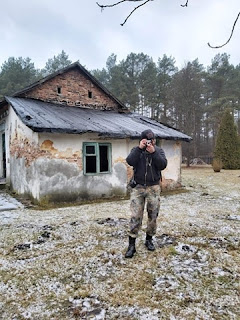 Sebastian: I try to learn to play keyboard to improve my skills and be able to create something new. Time will tell...


10. And in the end what will you tell readers in Serbia?

Sebastian: Greetings to all people associated with the martial industrial, neofolk and black metal scene in Serbia. Don't be mindless sheep of the modern world. Let's stay in the Opposition! Let's create counterculture!