Mr. Wolf, the man who makes history with his Jowisz project talked to us about his plans, music, history.. 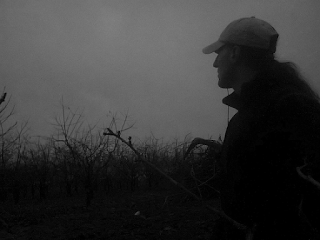 1. Why the name Jowisz? When and how was came that idea?

Mr. Wolf: Jowisz in Polish language means Jupiter, a name of the central god from Roman pantheon. It is a universal symbol of war, power, leaders and strenght, hence it reflects well the military character of my project. I decided to use the Polish form because I wanted to emphasize the Polish origin of my creation. Here, the martial music scene is small, it is a great honor to represent it.
My project appeared in 2013, initiated during a conversation with the artist from H.o.s.t. I had the idea of creating something of my own and it was the igniter of this decision. I was inspired also by the music of Arditi, Triarii and several other, greater than me.

2. You define your music as  Martial Dark Ambient / Experimental, inspired by the WWI. What is the impact of that?

Mr. Wolf: Natural evolution and looking for a way for my child. Jowisz was initially a project focused on the late Middle Ages, but this direction was soon abandoned. The impact was made through the split material with another Polish project Rtęć. We created common work about the Great War. There are not many voices telling about the trenches from 1914-1918, so I concluded that it would be an interesting and unexplored niche, especially in Poland. And so the cult of rats and trenches was born.

Mr. Wolf: Dark visions from the no man's land, depths of trenches and the life of its citziens. The essence of horror and hopelessness of the First World War with a pinch of mysticism and mystery. A history telling  through atmosphere and background, with a minimal amount of other stimuli like words, lyrics etc. 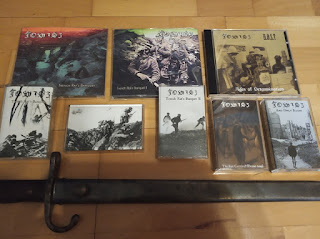 4. Last album "The Rat Carnival" was well received by the audience, which was to be expected. How are you satisfied with him?

Mr. Wolf: The Rat Carnival was my attempt to approach the topic in a slightly different way than on the main materials such as Trench Rat's Banquet dilogy, while maintaining the style of Jowisz. I'm fully satisfied like every time when I manage to create and publish something new. Expand the project with another release.
By the way, currently, this is the material I have listen to the most from row of my compositions.

5. You often collaborate with other artists (H.O.S.T, etc). What are your experiences of these cooperations? Will You continue to explore music with other musicians and artists that you'll be sharing the listeners?

Mr. Wolf: I like collaborative materials but only when it has a deeper meaning. Rtęć and H.o.s.t are two friendly projects,  closely related to the story of my own. It's always an interesting experience to listen to such material combined from two (or more) smaller ones and treat it as one - the whole thing looks like a step into the unknown and brings a completely different reception of music.
Of course, I'm open to other common materials, but mainly focused on collaborations with other martial projects. I can't imagine Jowisz in a split material, for example with a space ambient project or a completely foreign genre. The whole must make sense.

6. You are a member of EAA. What you think about it and what it means for you and your project?

Mr. Wolf: I share some of Aleksandr Dugin's views, while others I consider to be wrong. He is certainly an interesting figure and his publications are worth reading even for someone who is not interested in such ideas. A large proportion of very valuable projects and people  are associated with EAA. It is an honor to accompany them. Also, I like the vision of such an international group of musicians, writers and activits of industrial, neofolk, martial and related genres. 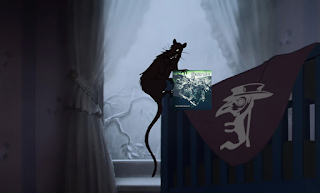 7. What is the music for you ? In which way music defines  you?

Mr. Wolf: Music is an important part of me and accompanies me all the time. It is a step above objective reality. Wandering anywhere without making the slightest move. It can recall the past and predict the future. Summon something that does not exist.
However, I feel respect only for this music, which has content and spirit, derived from the underground. I respect honesty and true creators who add their stone to the scene and make this journey possible. I hate artificiality, turning art into a cash machine, banging on popularity to collect applause from the masses and then, create at the request of the masses.
How does music define me - I can't answer. You can't express it, you feel it and you are it.

Mr. Wolf: My lonely fortress on the global network dedicated to Jowisz, mini-label Spatha Production and myself personally, especially rural life and personal thoughts about music, society, memories, history and more. Such a little loneliness to share with other maniacs like me.

Mr. Wolf: At this moment, after The Rat Carnival I don't have any plans for Jowisz. This project resulted in more materials than I'd ever expected. This obviously doesn't have to mean the end, time will tell what comes next. Currently, I burn my thoughts and ideas in a different form of creativity - I write a book, also inspired by the World War One. 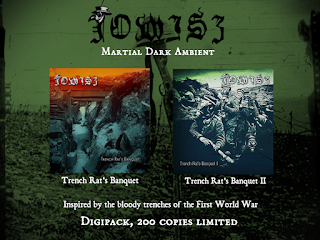 Mr. Wolf: Not. Jowisz is only a studio project.

11. And in the end what will you tell readers in Serbia?