Paleowolf continues the archetypal journey with the new thematic album. Fourth full length release “Primal Earth” delivers archaic, meditative paleoambient, and takes you on an atmospheric journey deeper into the obscure past. Witness the dawn of complex life on Earth – the mysterious and majestic Paleozoic-Mesozoic era. We embark on a voyage through the archaic Devonian seas and immense swampy forests of Carboniferous; across the amphibian Permian landscapes; up to the tropical Triassic, Jurassic and into Cretaceous - the final dominion of titanic reptilian beasts. 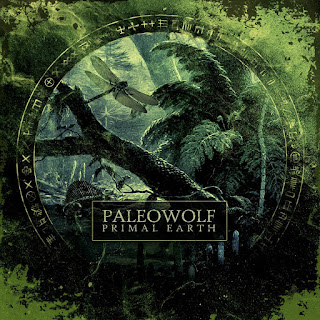 The vision you are about to experience is inspired by an ancient era when colossal reptilian beasts, gigantic insects, bizzare marine creatures and immense forests that spread all across the massive supercontinents, reigned this world supreme.

“Primal Earth” is a unique piece of art, a glimpse into the times before memory. This one-hour long soundscape invites the listener to completely immerse oneself into the fathomless world of ancient archetypes.
They say that all that is left of these titans of Old are their remnants in stone and dust...
But they are now here.
And they live once again.