Ireland, the land of the Celts. That, mystical country that nurtures and preserves the tradition of folk metal. One of the most important factors in the Irish music scene is the band Celtachor. They have been on the music scene for a long time, they have three studio albums behind them and a lot of live performances. If you love Ireland, they will love this band too.. 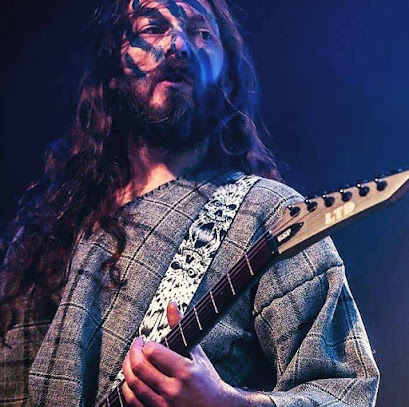 1. Why the name Celtachor?  When and how was came that idea?

David: We chose the name Celtachor as a play on two words meaning "all of the celt" or "Celts all". It was Stephen who sugested the name and we both agreeded to it and formed the band 13 years ago.

2. Celtachor  music genre is  Pagan/Folk metal, inspired by the Irish mythology and history. What is the impact of that?

David: I think all people should their imbrace culture and mythology. We have a tradition of storytelling in Ireland. The tradition of Sean-nós (storyteller who sings) in ireland which helped shape our myth and socal activities is dying out. We try to embrace that part of our aincent past and bring it forward to people can see where we are coming from. If you look at the lyrics that stephen wrote you can see that the tell a story while with the music we try to do the same and give a mood or feeling to bring you in to that moment in our mythology.

3. Last album " Fiannaíocht" was well received by the audience, which was to be expected. How are you satisfied with him?

David: "Fiannaíocht" musically was one of our hardest projects to date. It's part of a cycle with in Irish myth that has huge significane for us so it had to be our best. The writing was very intensive and we had to learn to be really critical of ourselves yet put out the absolute best to  give the story justice. I would defenity say that we were all hugly proud of it when it was completed.

4. You often collaborate with other artists (Cruachan, Waylander, Mael Mordha, etc). What are your experiences of these cooperations? Will You continue to explore music with other musicians and artists that you'll be sharing the listeners?

David: Irelands folk metal scene is very very small. We all know each other and have great respect for each others bands plus its always easier when everyone is friends. Because we mainly play in mainland europe we meet a lot of other artists, so we really try to stay in touch with them and work with them when we can. Its all for fun in the end. We released a cover of a curachan son and had a few people in to help us and we worked on a second cover but a few thing recently have gotten in our way so we have had to hold off on it for now but we will absolutly continue to colaborate with others.
5. Celtachor has undergone a change in the composition of the band in the last few days..some members went their separate ways. What are the further plans for the continuation of the band work?
David: Celtachor will continue. It is unfortunate that we have had members leave but that is part of been in a band. There is no ill will towards anyone that has come and gone from our band and i wish them the best but im not ready yet to let it go. I feel to passionatly about it to just let it go.

6. These days, good news has arrived for pagan folk metal fans. Namely, you became a member of the band,Cruachan, how did that cooperation come about?
David: Yes its fantastic, im really excited. Cruchan are my friends and also one of the bands we have always looked up to and respected. To be asked to join was brilliant for me and certinly a confidence boost.
7. What is the music for you ? In which way music defines  you?
David: I have no dreams of beening a rock star, i never have, i just love to play music and see people enjoying what i do. I like to think i work really really hard to entertain our fans and hopfully gain new ones too. 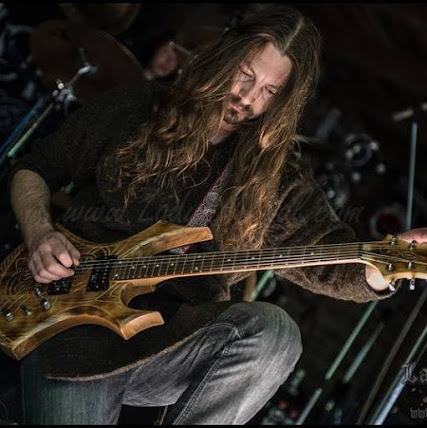 8. Plans for future?
David: Yes,....but i cant tell you just yet, sorry.
9. A concert in Serbia, perhaps?
David: Absolutly, we would love to play. We just need promoters to take note and book us.... btw if anyone dose want to contact us do so by facebook on our band page or celtachorofficial@hotmail.com 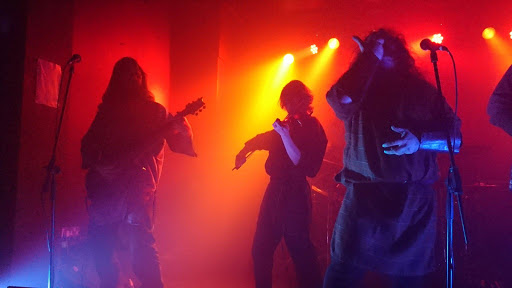 10. And in the end what will you tell readers in Serbia?
David: I am possitive for the future of my band and Folk metal.I thank you so much for your support and for listening to our music. I want to hear Serbian Folk metal bands at festivals and have a beer with them after they play and maybe they can tell us a few storys from there homeland too.
Made by: Predrag G.
Објавио Predrag G. у 00:54