We are happy to announce a brand new album of HORDAK!

We are happy to announce a brand new album of HORDAK!

The Spanish Celtiberian Pagan Metal warriors, known as HORDAK, come back with the fourth full-length album "Padre" after four years of expectation! This album is an obvious masterpiece in the best traditions of Pagan Metal. The new album develops ideas of "Under the Sign of the Wilderness" and "The Last European Wolves", but does it on a new plane. Perhaps, for today, it is the most mature work of HORDAK – powerful, furious, epic. The shattering onslaught of Spaniards is supported by the invited musicians: José Luis Frias (TROBAR DE MORTE, ex-FOLKEARTH) – flute, Laura Camón Botella – violin, Lavín Uruksoth (CRYSTALMOORS, GATHERING DARKNESS) – vocal, Wulfstan (FOREFATHER) – vocal. Ten tracks of the album are richly painted with dabs of an acoustic guitar, a flute, a violin and a xylophone. Melodious guitar solos and articulated bass parts will touch your feelings. Music of "Padre" will be found attractive not only by fans of Viking/Pagan Metal, but also by connoisseurs of heavy metal. 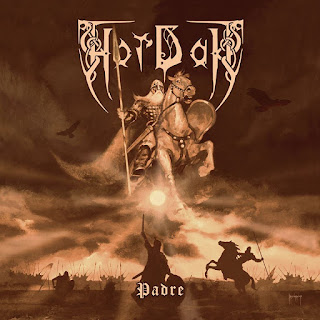 Cover art of the album is created by Kris Verwimp. The album is released as a matte laminated 4-panel digipack with two booklets! The second additional booklet contains the translation of lyrics into Russian by Sergey AR Pavlov. The CD is decorated with pit art drawing.
Must-have for fans of MANEGARM, THYRFING, FOREFATHER, CRYSTALMOORS, ANCIENT RITES, RUNNING WILD! 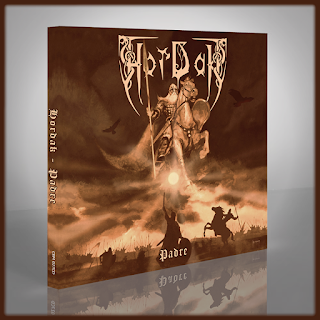