Order Of Victory
Martial industrial mixed with the sound of folk do not seem a winning combination. Hardly any musical projects create such an experience. Just one band from Russia makes such music. They are Order Of Victory and we talked with them... 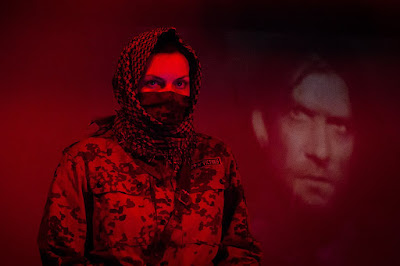 1. Hello, thank you for taking the time to our Webzine. Say to start something on your project Order Of Victory?
OOV: In the beginning of 2012, the group COLD DESIGN released the mini-album “Summer Will Soon Be Here” with lyrics dedicated to military topics. Critics and listeners accepted the album enthusiastically, however, it became clear to us, that a narrow stylistic framework of the band of that time (it was military pop with neo-folk impurity, and we called this style as “combat-electro”), did not allow realizing all our existing ideas. COLD DESIGN was closed down for indefinite time, and the band ORDER OF VICTORY, playing martial/neo-folk, was born.  We have released 4 albums, 1 E.P., and 7"EP.

2. What are your musical influences?
OOV: The main groups, that have the influenced on us were Краснознаменный имени А. В. Александрова ансамбль песни и пляски Советской Армии and Laibach.

3. Does martial / neo-folk project future on the Russian music scene?
OOV: When the russian scene is perhaps more oriented towards folk metal.
Why not? Every genre has its audience.  Your popularity depends on the idea , but not the genre.

4. How satisfied are you with  latest album, Strength Of Materials?
OOV: Absolutely satisfied.  An experiment at combination martial, dark-embient and noise, produced in conjunction with our compatriots Sacris Tandem, turned out well. I hope the audience will appreciate this album, because it is as important  for us, as all of our other albums. 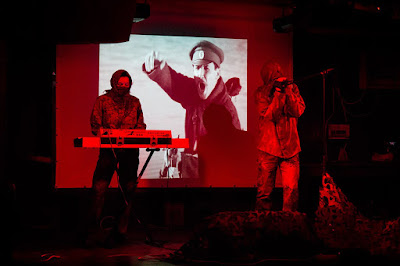 5. In addition Order Of Victory, both have their own separate projects? Can you tell us more about that?
OOV: Shilov has 2 side-projects: Sacris Tandem and Poterna. Sacris Tandem is a project with a good old friend Antuan Graftio ( Theory). The other project, Poterna, is a trial in old school post-industrial genre.
The album of my solo-project «ДАР» is in work at the moment. In this project I combine my hobby - creating jewelry from natural stones, and the breath of nature in folk-ambient genre.  Shilov and Graftio are helping me.  Also, I’ve invited several guest musicians to this project.


7. Can we expect OOV performance in Serbia in the near future?
OOV: Sure. If you invite, we will come. We would love to visit Serbia. Russia and Serbia always were fraternal countries.

8. And finally, what would you say to readers in Serbia?
OOV: We would like to say - remember your history. The nation, that doesn’t know its history, has no future.
Објавио Predrag G. у 22:45