Casus Belli Musica and STATUS Prod. presents: Poterna!
"The whole history of mankind is a prolonged history of a living matter that, by the Creator’s will, acquired an ability to think, but that did not know what to do with this fatal ability. It could not find any better use for this ability than invention of the most effective ways of global suicide". 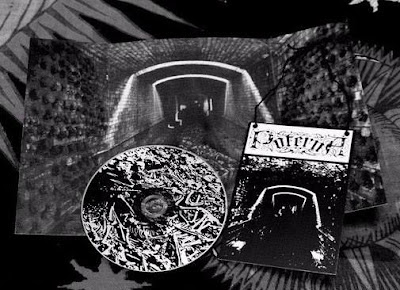 The apocalypse created by the mankind’s own hands is the main idea of the debut album "Fate" ("Участь") of a side project POTERNA by Shilov, the leader of martial/neofolk duet ORDER OF VICTORY. Sounds recorded in steel and forge plants of different industrial enterprises, as well as samples from movies, were used for recording of this album.
Sound production and mastering by Antuan Graftio (THEORY, SACRIS TANDEM, CONJUNCTURE).
Design by The Temple of Theturham (theturham .blogspot.com).


The album is released as 6-band card-sleeve CD with a pennant card. Album edition is 260 hand-numbered copies.